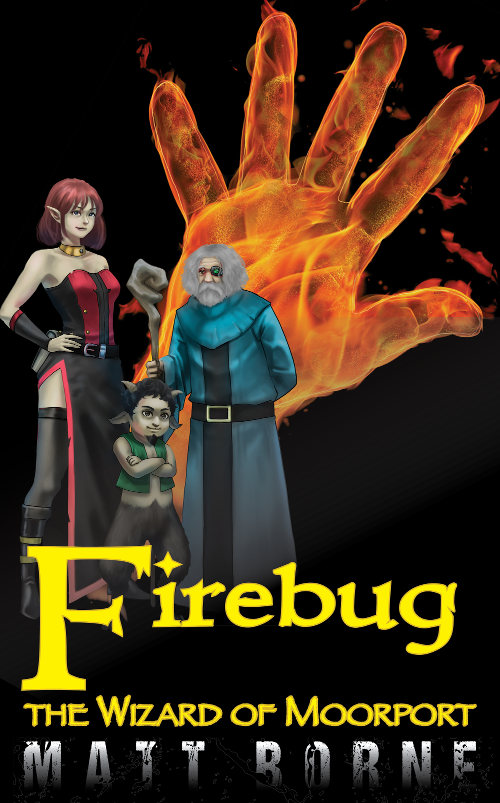 On april 21, 2021, Posted by admin , In Katalog, By English,Fantasy,Matt Borne,Mystery , With No Comments

A series of fires are spreading in Moorport, several dozen young people are killed and Turik the wizard is trying to understand what is happening to his town. With some unexpected help from the faun Pym he think he’s on the trail to a solution, or is it just his own doom?

In the series of The Wizard of Moorport, we get to follow the old town wizard Turik, his sword wielding friend, and half elf, Jendra Andoral and the faun Pym, how runs errands and do odd jobs for the old wizard.